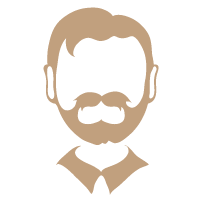 I travel a lot, and the idea of leaving my pets alone for long periods of time is unacceptable. When I have to go on a business trip, I board them at a facility operated as part of the veterinary clinic. This approach makes me happy and also keeps my dogs from getting lonely. There are certain things you want to look for when choosing a boarding facility. Will the pets have attention from humans? Is there a place for the dogs to run and play a little? What about special needs like taking medicine or only being fed a certain type of food? If you are planning on going out of town and need to board your pet, let me tell you what the facility must provide. With a little research, you can find a place that will ensure your pet is safe and healthy while you are away.

Pet Health Problems That Can Be Prevented By The Spaying Procedure

The following are just a few of the most common health problems that you can protect your dog from by having her spayed:

Reduced chances of cancer in the a mammary glands

Just like people, dogs can get breast cancer. This form of cancer can be every bit as deadly in dogs as it is in humans.

If a dog is spayed before her first estrus cycle begins, she will be significantly less likely to develop breast cancer. The earlier your dog is spayed, the less likely cancer of the mammary glands becomes.

If you wait even until your dog's second estrus cycle, she will be more likely to develop breast cancer than if you have her spayed before her cycles begin.

Reduced risk of infection in the uterus

Dogs can develop fatal infections in the uterus. For example, pyometra bacteria is a type of bacteria that can create a severe infection in the uterus that may result in death.

Dogs who remain unspayed into late adulthood show greater chances of developing this type of infection than spayed dogs. Signs of a pyometra infection include excessive drinking, discharge from the vagina, abnormally frequent urination, and weight loss.

Reduced risk of cancer in the reproductive organs

Unspayed dogs are able to develop cancer in reproductive organs like the uterus and the ovaries. Tumors in the ovaries and uterus are particularly common in dogs.

Though these types of cancer are more common in certain breeds, any dog is at an increased risk if she is not spayed and if her reproductive organs are going through estrus cycles throughout her life.

It is impossible for a dog to develop uterine or ovarian tumors after spaying, because the ovaries and uterus are removed during the procedure.

Problems that arise due to aggressive behavior caused by hormonal changes

Any dog owner who has cared for a dog while she goes through heat knows that the estrus cycle can drastically transform a dog's behavior.

When a dog is in heat, she will often behave aggressively. She will also be more likely to run off and become injured or lost. Spaying a dog eliminates the hormonal fluctuations that bring about erratic and potentially harmful behaviors.